Still in a drought! The national Drought Early Warning System (DEWS) lists the Hoosic watershed in Massachusetts, Vermont and New York as “abnormally dry.” Massachusetts lists the entire state in Level Two, “significant drought” as a result of four months of below normal rainfall.

(Trout pooling in a Little Hoosic)

The states urge residents to reduce their use of water in such areas as lawn watering and car washing. The various communities impose their own restrictions, listed on their websites. In some cases, reservoirs are getting low.

Conditions raise the threat of forest fire, unusual in an area typically pretty wet. The corn crop was late and farmers have not been able to cut as much hay as usual.

Although the water in the Hoosic and its tributaries is not as low as it was in June and early July, due to recent showers, still conditions are difficult for fish. HooRWA recommends not fishing at this time. 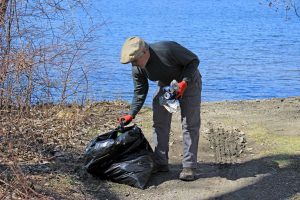